I was blessed with two amazingly wonderful sons, Alex and Justin. Alex passed away on May 24, 2013 after a nine-year battle with brain cancer. This coming Saturday, September 21st is Alex’s birthday. He would have been forty. Last year, when Alex turned 39 we had a big party for him with just family and a few old high school buddies. He loved it, but I have to wonder if at that time he thought he would reach his next birthday, if he would enter a new decade. Perhaps not, for his health was failing and Hospice had been notified. Alex was incredibly astute. He seemed to understand life and all its contradictions a bit better than most people. Rather than getting upset, rather than complaining, he would make jokes; he would laugh; and he would do his best to make others laugh. He was just that way. He had such a gift and those who knew him remember.

I spoke to Justin yesterday for a long time. We talked about Alex and how we planned to remember him in a special way on his birthday. My husband and I will be attending an IAFF Memorial in Colorado Springs, CO for fire fighters in the United States who died in the line of duty. I am a little anxious, but I believe it is a perfect place to honor Alex, on his birthday. My husband bought him a birthday card. My son, Justin and his family have other ideas. They plan to write notes to Alex, letters of love and remembrance, and perhaps launch them tied to balloons into the air. It seems a sweet way to celebrate. Justin is the father of three adorable children, is married to lovely woman, and has a good job. He works hard. As his brother, Alex, did, Justin fills my heart with joy. I love him so much. Yesterday, following in his big brother’s footsteps, he made me laugh.

Life has played tricks on our hearts this year. We have been sad. I rejoice, however, in sweet memories that gather in my mind and make me smile. Alex is still doing what comes natural, I suppose.

Posted by Judith DeChesere-Boyle at 7:14 PM No comments:

I love my friends. I love them because they make me laugh, they accept me just the way I am, and they care. They have been by my side during some difficult and sad times, they have encouraged me, and they have supported my creative projects. My friends are smart, interesting, inspiring, and full of life. All are different, with unique interests and hobbies that they bring to the table, so to speak, and while we may not always agree, generally speaking we do. Usually we are “spot on” in regard to politics, religion, moral issues, and even sports. (Go Giants!)

My friends banter about ideas and impressions, rant and rave about world issues, offer suggestions, applaud successes, and console when need be. They have good stories. They share. They give. They accept. What I know about friendship is that it is a two-way proposition. I give back to them too. Sometimes I hope it is enough. So, yes, my friends are important to me. They have my utmost respect. I wanted to remind them of that. 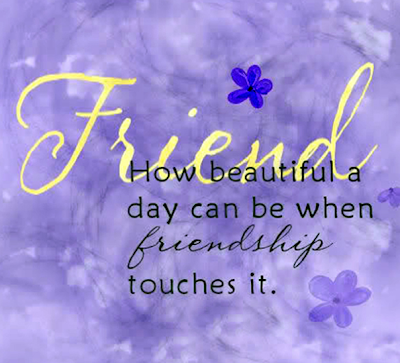 Posted by Judith DeChesere-Boyle at 7:27 AM No comments:

9-11 has passed by again and, as most everyone else, I remember and I am sad to think of all the lives that were lost that day. I think also of the military personnel and civilians who died in the Afghani and Iraqi wars that followed. Fortunately many men and women who bravely fought in those wars have come home but not without myriad wounds. The pain and injuries go beyond what some might imagine. Every time I watch a reunion of families, particularly of a child with a parent, I am choked with emotion, and I know why. I understand that overwhelming sense of loss, so intense and powerful it is hard to articulate. Children are powerless in the face of such circumstances, and it is for that reason I cry, and for that reason I have written about my own experience. It was a long time ago, but I recall it as though it were yesterday.

Posted by Judith DeChesere-Boyle at 10:22 AM No comments:

Why is it that some people find taking chances a snap and others feel burdened with the thought? Adrenalin junkies (and I know a few) have no problem with the concept. These impulsive, spontaneous folks feed on the gamble, the risk, and the odds. It is their lifeblood. In most cases, I assume, they don’t look beyond the possibilities of something going wrong or at least they don’t linger on it. Given half a chance, they’ll grasp any opportunity. It’s as simple as that.

Others of us are not of the same ilk. We ponder and consider, we fret and foresee, anticipating what may or may not be. Therein lies the problem for us, I suppose. Thinking too much can hold us back. It’s so very easy to bask in the safety of the status quo, choosing to chase that annoying uncertainty away. Fat chance we’re going to change!

I’m usually pretty careful, although a few years ago I did go skydiving with my sons. Jumping out of an airplane at 13,000 feet was the chance of a lifetime for me. I don’t think I’d do it again, but taking the plunge, so to speak, was exhilarating beyond belief. I recall that time now because today I am faced with taking another chance; it is a risk of a completely different nature, and it makes me a little nervous. I’m trying to reason with myself. Seize this opportunity, Jude! What happens is simply what will happen. Go with it.

Posted by Judith DeChesere-Boyle at 7:57 AM No comments: