A Little Bit About Katelyn 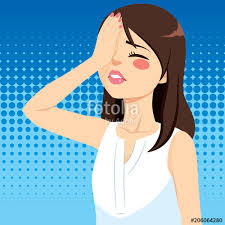 The name Katelyn was a mindless choice when I began this piece. I have known very few females named Katelyn and this character sketch is completely fictitious. I simply wanted to do a little writing practice – away from my book-in-progress-at-the-moment and apart from venting my angst about an anxious and unsettling world as I have done in a few of my more recent blogs. I actually have taken quite a long “blog break” but have challenged myself as of this week to crank out at least two a week. This will be blog number 264.

It was not unusual for Katelyn to wake up tired and cranky. She actually was used to it and to feel differently would have been a crushing blow because she loved to wallow in a world of negativity. One might ask why, of course, but she would not have been able to explain. The fact of the matter was it was her reality. The one thing in her life she could control was her outlook on the world around her, but to that end, she couldn’t seem to get her point of view out of the cellar.
The day always began with a systematic check on her physical wellbeing. Well, I guess I’m alive. How do feel? What hurts? Where? And why? Her thoughts might persist for minutes, but eventually she would slide from bed and march into the bathroom to assess what she saw in the mirror. It was never good. Even though she had flawless skin and long, silky, brown hair, the rest, in her estimation, was a disaster. My eyes are too small, my nose is too pointy, and my mouth is too wide. None of that was true, but she held it as so . . . and so it came to be, at least for her.
After a scalding hot shower, Katelyn would wander to her closet to select something to wear. No one is going to care for one second what I’m wearing anyway. Her wardrobe consisted of blouses, pants, and skirts, mostly in shades of gray or brown. Everything else was navy blue, white, or black. Other colors - the bright, pastel or flashy ones - she insisted, hurt her eyes. When she had thrown on whatever she had yanked from the closet she walked from her bedroom, down a dark hallway, to a small kitchen with one tiny window, the shade drawn, of course. Breakfast was always the same – a piece of dry toast, a boiled egg, and a cup of black coffee. No sugar.

Then it was off to her little cubicle at a savings and loan company where she worked as an accounting clerk. Accounts Payable to be exact. After walking two blocks from her apartment, she hopped the streetcar, stepping off just short of a nondescript-looking office building that housed several businesses all in one. Once inside her partitioned workspace, she sorted through stacks of bills marking some for immediate payment and leaving others for another day. Why should I care? What are they going to do? Come after me?She always left work promptly at five o’clock, retracing her route home . . . in the opposite direction, of course. It was the same routine day after day after day. Until the one day it wasn’t.
Someone followed her home.

Posted by Judith DeChesere-Boyle at 3:06 PM No comments: