I was thinking recently about a girl I knew who liked to steal things. I wondered about why folks steal. Is it the thrill of doing it and getting away with it? Is it fun? Do people steal out of necessity? Does it become habit? I really don’t know what motivates people to steal, but I was thinking about it and decided to write about it. I created this absolutely fictionalized character.

Sharlene August had been stealing since she was seven and she was not about to stop now. Her first acquisition had been a bright yellow package of Juicy Fruit gum that she had stolen right in front of a Safeway clerk whose eyes hadn’t lit down far enough to see her little hand snag the treat. She had clutched the gum in her sweaty hand until she was seated in the back seat of her mother’s silver Volvo and then cradled it there, just looking. From then she moved on to Baby Ruth candy bars, Hostess Snow Balls, and too many boxes of Cracker Jacks to count. Those were her favorites at the time.
By the time she was ten, she had taken change from her father’s sock drawer and dollar bills from her mother’s wallet. That was easy. It was harder to slide the Barbie doll into her backpack in the crowded aisle of Toys R Us or shove the shiny red slippers from the discount shoe store under her sweatshirt, but she did it, and glowed in the satisfaction of getting away with it. She would gaze in delight at the loot she had snatched in the privacy of her bedroom and if her mother saw, and asked, “Where’d you get that Barbie doll?” or “Those shoes don’t belong to you.”, Sharlene would say, “The doll’s Cindy’s, but she has so many Barbies, she let me have this one, and Louise let me borrow the shoes. Aren’t they pretty?”
She would look with wide, innocent eyes into her mother’s face that was too wrinkled, saggy, and tired to ask more. Her mother would sigh then and say, “Well, you probably ought to give them back.”
It wasn’t that Sharlene needed these things. She didn’t always even want them, but it was the excitement of carrying out an act she knew her parents would slap her fanny for doing. She knew better. They had held a tight reign over her and her brother Calvin for years and she resented it. Stealing had become a way to create her own power, and although she felt slightly depressed when she held the stolen items in her hands, or tucked them under her bed for safe keeping, she did it anyway. 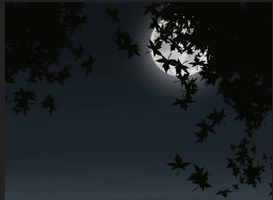 Posted by Judith DeChesere-Boyle at 7:48 AM No comments:

Here is an excerpt from my novel, Big House Dreams, and below that is an old photo of the real place, the lunch counter at a J. J. Newberry store in Elizabethtown, Kentucky. A former classmate of mine has been posting “ancient” photographs of random places in the town where I was born. The one beneath the passage I wrote caught my eye for obvious reasons.

Sara Jenkins was a hard worker. She had a good job at the J. J. Newberry store managing all the girls who ran the cash registers or served up lunch plates piled full at the sit-down counter. And she ran the boys too, making sure they combed their hair, tucked in their shirts, wore their belts, and stocked the shelves with care. She couldn’t stand to see a messy shelf when she perused her tiny domain. She had worked her way up from a luncheonette waitress to assistant manager because she was sharp as a tack and good with people. She could tell a shoplifter off with her eyes and was quick to establish a reputation for perfection. The J. J. Newberry store was stocked to the brim with all the items a person could want, from wooden spools of colorful, cotton and silk thread and countless swatches of bright, gaudy material, to nail polish and make-up. Along the back wall were shovels, rakes, hammers, and other tools that would make a man’s heart sing. And the modern woman of the day could find mops, brooms, and cleaning supplies galore. There was an ample assortment of fishing equipment and sporting goods, as well as stacks and racks of cheap clothing that sold quickly to families who were watching their pennies. 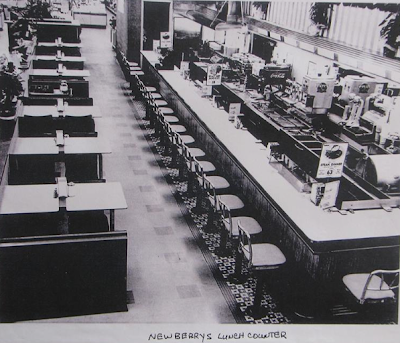 Posted by Judith DeChesere-Boyle at 6:54 AM No comments:

Why is it that some people are so trustworthy and others not? And how does one judge? Is it a gut feeling? Is it experience that makes a person know the difference?

A man I know recently entrusted a “friend” with some valuable belongings. “I’ll take care of them. Don’t worry,” the friend said. “I’ll give them right back whenever you’re ready for them.”

He lied. Instead of making sure the belongings were safe, he squandered them or used them for his own profit. The man I know cannot be sure about that; all he knows is that when he attempted to retrieve his valuables, to possess them again, they were gone. Losing what he treasured was bad enough, but the betrayal of trust was worse. The man I know is heartsick, and I feel sad for him.

I understand that empty feeling and sense of despondency that comes with the realization that someone’s duplicitous behavior has been laid bare. It hurts. It is quite likely that every single one of us has experienced some semblance of betrayal whether it be stealing, infidelity, conniving, misrepresentation, or just plain lying. “That’s just life,” some would say, and I suppose they’d be correct. It’s a shame though that trust can be such an elusive notion. I’ve always wrangled with the issue. Reliable, dependable, honest folks exist, however. I’ve found a few and I don’t intend to let them go. I trust they feel the same. I hope the man I know has had the same experience.


Posted by Judith DeChesere-Boyle at 9:34 AM No comments:

I live on I Street, thus the name of my blog, I Street Imaginings. I took a photo of this street sign the other day because I simply liked the look of it. I’ve walked by that sign countless times, but for some reason it caught my eye as never before. Maybe it’s the message below it. Stop!

Sometimes I would simply like to stop listening. Perhaps it would be practical to take a break from all the chatter, the media hype, and ideas or opinions that muddy the profound issues that affect our world. Yet, I know that listening leads to thinking, to discovering, to deciphering, and to deciding. Listening helps one understand. I guess I simply cannot stop then. To stop would mean closing the door to choice and change. To stop would mean to acquiesce and lose my own voice. To stop would mean to give up, and that is just not an option. 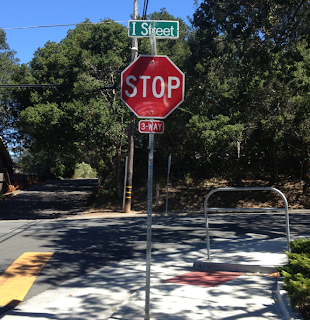 Posted by Judith DeChesere-Boyle at 7:53 AM No comments: