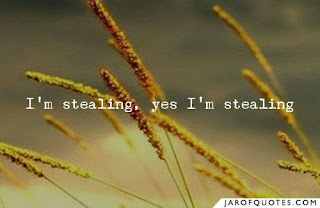 Years ago, for a very short period of time, my son had a girlfriend who stole things. I’m not sure why she did it, and when he found out, he was disgusted by it. The relationship quickly ended, thank goodness; it also inspired me to write the following little piece.

Sharlene August had been stealing since she was seven and she was not about to stop now. Her first acquisition had been a bright yellow package of Juicy Fruit gum that she had stolen right in front of a Safeway clerk whose eyes hadn’t glanced down far enough to see her little hand snag the treat. She had clutched the gum in her sweaty hand until she was seated in the back seat of her mother’s silver Volvo and then cradled it there, just looking. From then she moved on to Baby Ruth candy bars, Hostess Snow Balls, and too many boxes of Cracker Jacks to count. Those were her favorites at the time.
By the time she was ten, she had taken change from her father’s sock drawer and dollar bills from her mother’s wallet. That was easy. It was harder to slide the Barbie doll into her backpack in the crowded aisle of Toys R Us or shove the shiny red slippers from the discount shoe store under her sweatshirt, but she did it and glowed in the satisfaction of getting away with it. She would gaze in delight at the loot she had snatched in the privacy of her bedroom and if her mother saw, and asked, “Where’d you get that Barbie doll?” or “Those shoes don’t belong to you.” Sharlene would say, “The doll’s Cindy’s, but she has so many Barbies, she let me have this one, and Louise let me borrow the shoes. Aren’t they pretty?”
She would look with wide innocent eyes into her mother’s face that was too wrinkled, saggy, and exhausted to ask more. Her mother would sigh then and say, “Well, you probably ought to give them back.”
It wasn’t that Sharlene needed these things. She didn’t always even want them, but it was the excitement of carrying out an act she knew her parents would slap her fanny for doing. She knew better. They had held a tight reign over her and her brother Calvin for years and she resented it. Stealing had become a way to create her own power, and although she felt slightly depressed when she held the stolen items in her hands or tucked them under her bed for safe keeping, she did it anyway.

I wonder what will happen with a kid like Sharlene?

Posted by Judith DeChesere-Boyle at 2:01 PM No comments:

Transparency  - The Sham Of It All 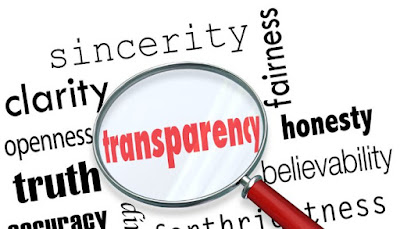 Everyone knows the meaning of transparency; it’s having the property of transmitting light or being fine and sheer enough to be seen through, as with a clean window or lens of some kind. A second definition, however, refers to being free from pretense or deceit, being frank and readily understood. It is characterized by visibility or accessibility of information, especially concerning business practices. It is telling it “like it is” so that one can see and comprehend.
Unfortunately, in today’s world, the word transparency has lost all validity. It has. It used to mean something. We could count on it. In the past, transparency truly was the condition of being transparent and clear. If someone was being transparent, he or she was open, candid, and straightforward. A person who was transparent could be held accountable. We could believe that individual. What happened?
Poor “transparency” had been overused, misused, altered, abused, and even bantered about to the point of oblivion. It’s been battered to a bloody pulp. Yet, folks are still espousing its credibility. They are holding on to poor, shredded “transparency”, its pieces stuffed in a plastic bag, and promising, “Yes, it’s here. Really. It is. Maybe it’s a little roughed up, but all you have to do is sift through the scraps here and piece it back together. You can do that, can’t you?”
Yeah, right. I’m sorry, but I simply don’t have the energy anymore to accept the promises, especially from politicians, that transparency is still intact. In countless arenas, especially in government, individuals champion the idea of transparency, even advocating it as a principle upon which they and those around them stand proud. I say, “Malarkey.”
Every day we hear the supposed leaders of our country spouting off. “We are being absolutely transparent. Transparency is at the core of our party, our country. We are committed to transparency. We are being transparent for the good of the people.”
Really? Then why are new revelations being released ad nauseam? Why are retractions, recusals, disclaimers, denials, deceptions, alleged forgotten facts, and plain old fabrications of the truth running rampant? To those in the midst of this travesty, I say, “Shame on you for creating such a sham.”
Like many other people I know, I have grown weary of the corruption that is epitomized in the rape of blessed transparency. It keeps me awake at night, puts me a little on edge, and makes me ache from my heart on out. I don’t believe I’m asking too much of those who represent me, and those who act on the behalf of other citizens, to remember the ethics and values upon which the United States of America was founded. I have looked back at the past (not all of it “pretty”, but some of it absolutely stunning) so that I can envision the future, one unburdened by deceit, lies, and the overthrow of true transparency. I may be deluding myself but, again, I don’t think it’s too much to ask. 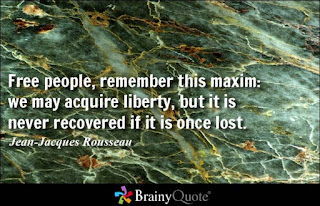 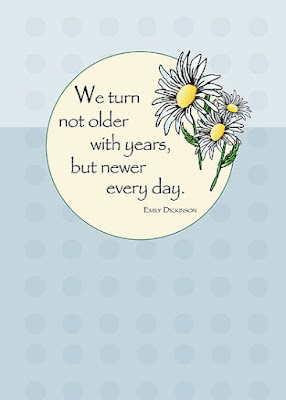 Posted by Judith DeChesere-Boyle at 1:46 PM No comments: 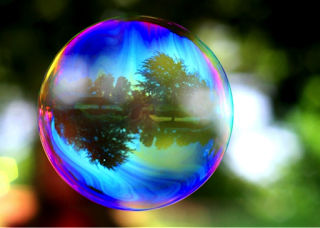 My husband and I attended a “Third of July” party on Monday. It was planned but was also impromptu. A few folks walking by, just by chance, joined the festivities that included an array of yummy, ethnically diverse food, fine wine, an abundant supply of beer, and camaraderie that seems to be in short supply these days. We had planned to stay for only a short time, but the conversation was rich and the heterogeneous group of people there was friendly, interesting, and interested. (There is a distinct difference in the latter two.) So we stayed, much longer than we had planned . . . until the coastal fog began to inch toward us, its inexorable chill eventually driving us home. (One must remember that during the summer in northern California, clothing layers are a must.)
As we left the gathering, we thanked the hosts, Gloria and Mike, and said good-bye to the hangers-on – newly acquired and old friends and acquaintances, as well as distant neighbors whose faces were new to us. Though I am quite sure most of us there were “like thinking” politically, we tried to skirt current issues so as not to dampen the spirit of the evening. That being said, several of us commented on the disharmony that exists nationwide and noted how lucky we are to live where we do, in an area where individuals are friendly, are always present to lend a hand, are animal lovers, are environmentally conscious and astute, and are accepting and tolerant of others. The group that assembled on July third in our neighborhood exemplified all those attributes. The men and women there were diverse in terms of ethnicity, religion, sexual orientation, immigration status, age, educational background, profession, and perhaps even material worth. None of that mattered on the night of July third . . . not for one second. What was important was that we were one, a group of smiling, laughing, munching, sipping, listening, sharing neighbors who for a few hours shifted our attention from the disturbing tide of the times, and were present for each other . . . in the now. Gloria described the gathering as a perfect bubble. I think she was correct.
We drove the short distance home, though cold, content to know that good people do exist. They are close by - our neighbors, our friends, and our acquaintances, each of whom is unique, all of whom contribute, and all of whom help create a beautiful fabric of humanity, at least in our little bubble of the world. 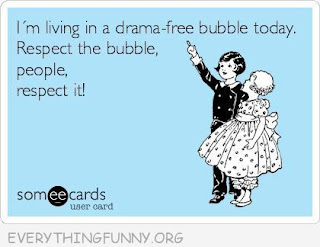 Posted by Judith DeChesere-Boyle at 8:14 AM No comments: