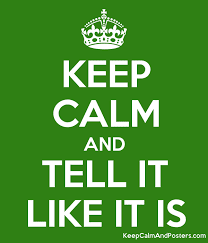 Censorship has raised its ugly head. I wrote a blog yesterday about myself, about my feelings as to what has been happening in our country in recent days, and about the intense love most parents feel for their children. The piece was filled with I, I, I, because it was about what was occurring for me. It was personal. And, although, yes, I did share my own “up-until-then-private” outrage about kids in cages and about the heartbreaking separation of families, my writing circled back in the end, to me. The blog was about how I’ve been feeling, what I’ve been thinking, and how I am dealing with my emotional response to the current news cycle. In the end, I simply stated a paltry plan of action so that my voice is heard: to write. That’s all.
Eagar to share my blog, I “boosted” it on social media so that the audience reading it would be increased; it would be offered to a broader group of potential readers. Almost immediately, my request to boost was denied. The text and/or imagery you’re using qualifies as political based on the definition we’re using for enforcement. Okay. I accept that position although I still don’t agree that my blog was political. Perhaps it was the title – Caged - One Way Or Another – that caught someone’s eye. Maybe it was the photo of a large, warehouse cage that brought on some editor’s ire. Certainly the photo of tiny fingers grasping an adult’s thumb was innocuous enough. Wasn’t it? Yet, how am I to know another person’s way of thinking?
I’m venting, I know, but, in essence, I feel a bit as thought I have been censored. It was my understanding that suppression of free speech flew in the face of the first amendment. But maybe I’m wrong. As Bob Dylan put it in a much different time, The Times They Are A Changin’. And I’m a bit wary, as are, I believe, a few others.
I was watching the news earlier today and two reporters were decrying the fact that a few folks have attacked them personally for the stories they report. One actually mentioned the old saying - Don’t kill the messenger. These journalists were making the point that their right to free speech is essential. Ethical reporters are duty-bound to deliver the news accurately. As one correspondent pointed out, perhaps attackers of the news media should look beyond the newscast itself to the origin of the story. To whom or what is the story referring? It is not unthinkable that the protesters’ anger is misplaced. More importantly, however, shouldn’t they . . . shouldn’t all of us . . . be thankful for that first amendment right that protects free speech? Surely, it’s not something we want suppressed.

BTW, just in case a reader has forgotten, below are the words of the first amendment. I hope this doesn’t make today’s blog too political.
Congress shall make no law respecting an establishment of religion, or prohibiting the free exercise thereof; or abridging the freedom of speech, or of the press; or the right of the people peaceably to assemble, and to petition the Government for a redress of grievances.

Caged - One Way Or Another 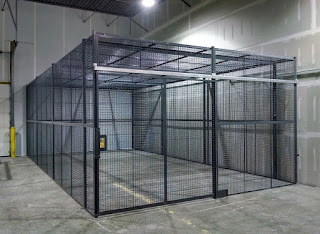 I admit it. I’ve had writer’s block. Okay. So, that’s not exactly true. I write everyday . . . in my head. I am always creating lines, working on my novel, thinking about my characters, or wondering how best to advance the storyline. That writing process never ends. I also have written a letter of support for a DACA recipient (not the first one), a thank you note, a letter of recommendation, a few entries in my journal, a poem I could not finish, and the beginning of a blog or two. And, I’ve done some editing on my current novel (now that’s never ending). At least, to that end, I am beginning to feel my new characters take hold.
So, yes, I have been writing, but I definitely have had writer’s block. For about three weeks, I have been unable to get into that “flow”, that state of creativity where the current world slips away from my consciousness and I am developing a new one – where nothing else matters but the words I am putting to paper. That is what has been missing and I haven’t been happy about it. It’s as though I’ve been caged and I can’t escape.
I’ve been distracted – too many projects around the house; a chronic back problem that has reared its ugly head; errands that cannot be avoided; monotonous domestic details (How many times a week need one vacuum with pets around?); routine doctor visits; dealing with my demanding German Shepherds; and watching the news . . . the crazy cycles of information that cannot be escaped. News is everywhere. It is on television, on Facebook, on popup flashes on my phone, in magazines and newspapers, in emails from friends, and in emails from countless, unfamiliar people who somehow have managed to add me to their mailing lists. The news has seeped into my very being. It’s in my dreams. Really. I dreamed two nights ago about a queue of restless, frantic mothers, standing uncertain, with their babies in cages. Seriously, I dreamed of diapered infants being toted around in small cages by their mothers . . . as if that were normal.
Well, damn. Has it become the norm? Kids are in cages. I can’t stop thinking about it. Kids are in cages. Kids are in cages. Little kids. Toddlers. Adolescents. I know outrage over this practice has become the prevalent emotion among a great many people everywhere and clearly folks at many levels are trying to put a stop to such barbaric, inhumane actions but it hasn’t happened yet. Reporters and members of Congress are being blockaded at every corner. And with each passing day, children are traumatized in ways we perhaps can understand and in ways we most certainly cannot imagine. I truly am heartsick.
I am a parent. I can never forget the moments when I held my sons in my arms for the first time. The emotion was magical, intense, almost too powerful to truly absorb for a second, but then I did take it all in, and I felt the most powerful love for those sweet babies who became my “everything”.  Most parents would understand. How could one not? Furthermore, how could one not have sympathy - or for those who have experienced the loss of a child, empathy - as we watch the news of families being separated cycle through?
I do not know these people who are seeking asylum in the United States personally. I do not know the adults. I do not know the children. But I do know the intensity of love a parent feels for one’s child. I do know that. Tearing families apart is not normal. We cannot normalize it. We cannot let history repeat itself.
The news had brought this crisis into our living rooms, into our lives. It is unavoidable. And it’s time to make our voices heard, one way or another. I plan to keep writing . . . this blog, letters to congress, or letters to news outlets. Write. It’s one thing I know how to do and when I'm doing it, I don't feel so caged. 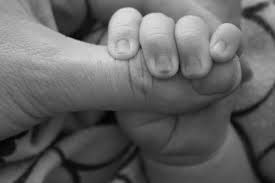 Posted by Judith DeChesere-Boyle at 7:09 PM No comments: