I began writing today by using one word, “she”. (I do that at times to see where only one word will take me.) I added a bit more. “She is fourteen.”
“And what about her?” I asked myself.
“She is fourteen and in love for the first time . . . or so she thinks.”
I had planned to write a narrative piece -- a simple, little scenario, but somehow it morphed into a free verse poem about a fourteen-year-old girl falling in love with the face of a boy in a photograph. Here is the result.

She is fourteen and in love for the first time
Or so she thinks.
“How can one love a face in a photograph?”
She is asked.
“And why?”
No answer. No clue.
“He has nice eyes, crystalline blue,”
She notes to no one.
“I can see into his soul,” she says,
And believes.
The slightest smile plays about his mouth,
And his lips are parted, ready, “I taste them,” she cries.
Square jawed, scantily whiskered,
He stares at her, unmoving.
Yet she is stirred,
Enticed, engrossed,
Lost in illusion
Of what would be.
“If only he could come to me.”
It will not happen though.
For he is mute, blind, cold, detached.
And when she touches him at last
The feeling falls flat.
She is not disappointed though,
“Is it so bad?” she asks.
“I’ve only created what cannot be,
Can never ever be for me.”
Or so she thinks,
For chance and hope, entwined, combined
Are a fantasy feigned by one fourteen. 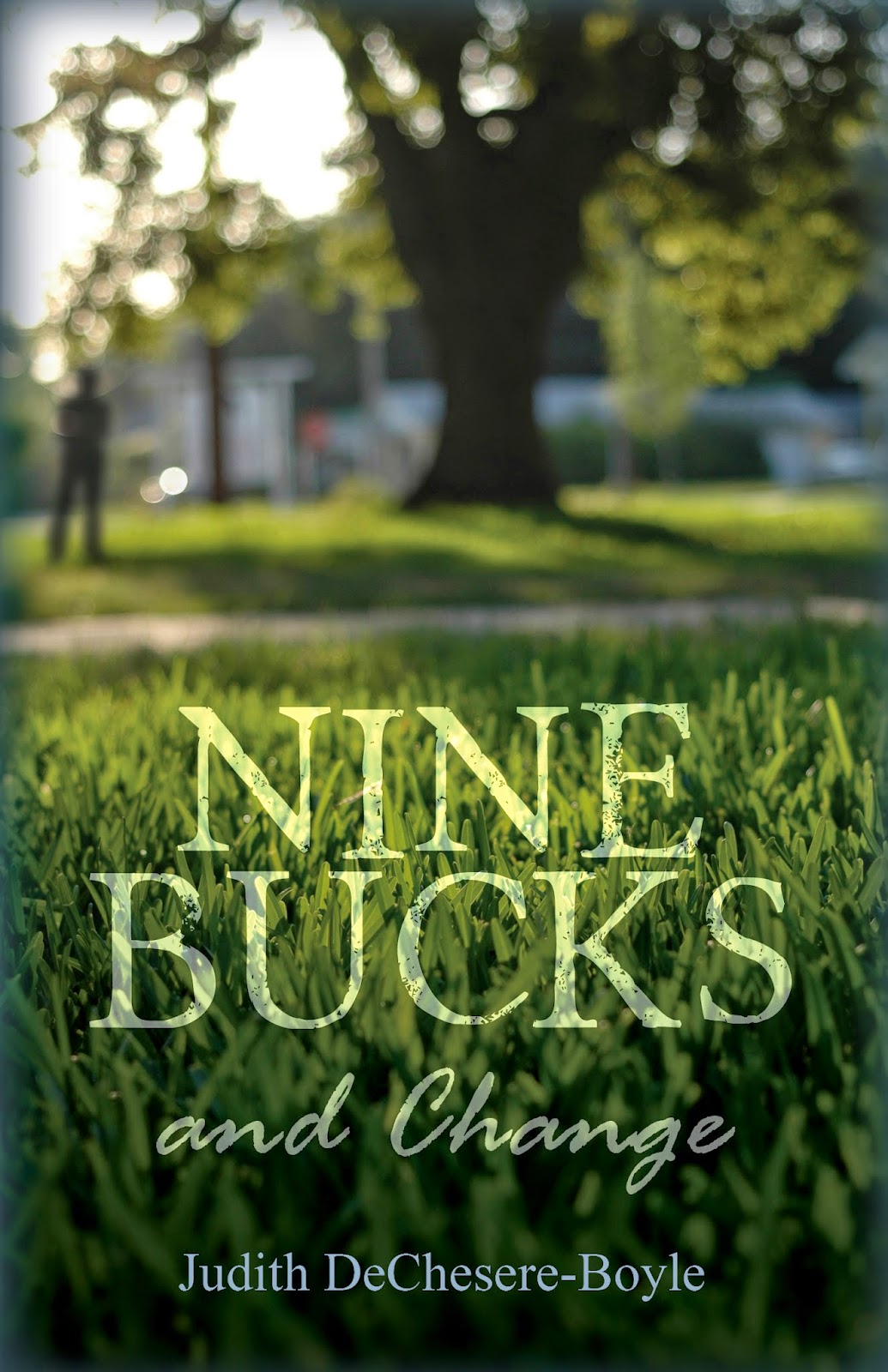 I have heard that one’s character is developed by the time he or she is around six or seven years old. And what is character? It clearly involves one’s moral discipline (knowing right from wrong), the way one appropriately relates to others, and one’s self-sufficiency that must include an inner strength that dictates to one’s own “person” the correct path. It's one's inner voice. The worn saying, “To Thine Own Self Be True”, comes to mind.
I suppose other things are involved: environment, health, education, poverty or wealth, parental support (or the lack thereof), adaptability, and nature or personality that include disposition, temperament, and mentality. Is one who is humble and disciplined more likely to stay on the right track than one who is impulsive, hotheaded, or willful?
I thought a great deal about the issue of character when I wrote my second novel Nine Bucks And Change. In the book two individuals of completely different backgrounds play havoc on those around them. In both cases, something is missing in the character's moral development and his actions and behavior appear somewhat beyond his control. The similarities and differences in the two characters give way for the reader to wonder – what went wrong?

Below is the passage on the back cover of Nine Bucks and Change inviting the reader to take a peek inside:
Navigating life without a seeming wrinkle is ideal but impossible, for change will come, ready or not. Sheila Jenkins discovers that truth, as does her mother, Sara, in Nine Bucks and Change, a contemporary novel that casts the two into a tangled web of events that throws them into unexpected and uncharted territories.
They are not alone, however. A plethora of folks – friends, family, and strangers, alike – enter into and exit their lives just when they least expect it, and the ramifications of those interactions leave all of them pondering the very essence of change and its fickle impact.
Integral to the story are two unsavory characters who, although opposites in looks, upbringing, and status, are ironically very much the same, for theirs is a mission for power and control at any cost. Gregory Blackstone, an esteemed doctor and secret psychopath, and Bull Walston, a street-wise thug, wreak havoc on the lives of people who are simply attempting to get by in and around Nashville, Tennessee. The two men victimize Sheila, her family, her friends, and complete strangers; some succumb to their domination while others rise above.
Nine Bucks and Change offers the reader an insight into the mindset of individuals who slip, almost unwittingly, into a warped need for power and control but paradoxically fall prey to their own misguided intentions. It also reminds the reader that one’s ability to choose, to respond, or even to reject life’s contradictions, is indeed, a gift.


Nine Bucks and Change, Big House Dreams, and Tumor Me, the Story of My Firefighter are available on Amazon.com.

Posted by Judith DeChesere-Boyle at 2:25 PM No comments:

SOMETHING ABOUT THAT FIRST NOVEL

Writing my first novel was a process to say the least. I began writing it several years before I stopped teaching. Concentrated space to dedicate to the book, however, was difficult to find. A full schedule of teaching English, a husband, kids, dogs, cats, koi, a house . . . well those things came first. Eventually when time was proffered to me like a pretty present, I wasn’t quite sure what to do with it. Having the luxury to write actually seemed to turn in on itself, knotting my mind in uncertainty; it was stifling. I knew, however, that if I were to be a writer, an author, I had to unwrap that gift and get going. I have done that. Every day I write . . . something. In fact, these days, if a random circumstance threatens to curtail my ability to write, I become a bit anxious. Putting words to paper is what I want to do. I find writing both challenging and pleasurable; it is fulfilling and frustrating; it teaches me; it feeds my spirit.
My first novel was simply that, a first, and for me, it is a proud accomplishment even with its imperfections. The book definitely is fiction, but the characters I developed are syntheses of personalities, temperaments, and moral fibers I have known. I also employed the use of southern dialect that is so familiar to me I can taste it. Years of living in Kentucky and Texas as a child gave me an understanding of the beauty and the rhythm of the vernacular of the South and I employed such language in my first two novels. Check out the beginning section of the first chapter of Big House Dreams and see what you think. 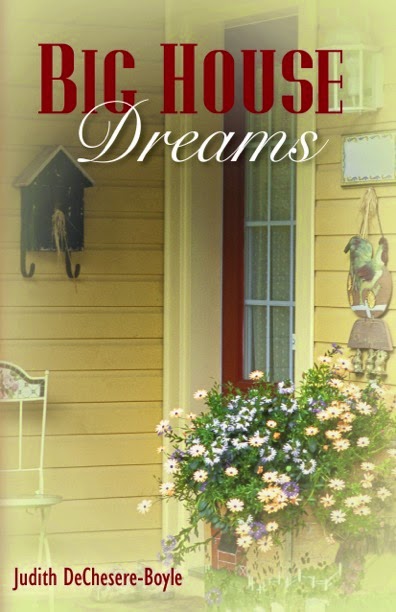 Mama died on the first day of summer which was appropriate because she hated the heat and humidity that fell over Tennessee like a damp blanket in June, July, and beyond. In the midst of summer, she’d shuffle around in a limp cotton dress and raggedy duster ranting in her misery, taking everyone in her path along with her. Mercifully her life ended with the spring she loved just behind her. The bright sunshiny days and brisk winds of April had always filled her with energy and eagerness to clean the house from top to bottom or to plant her summer garden, digging with delight in soil that was just warming to the season. The freesias, daffodils, violas, and pansies gave her permission to stop for a brief rest as she studied them, marveling at the intricate beauty she knew God had created. “Just look at that little face,” she’d say as she gently lifted the blossom toward her for better scrutiny. “Look, Sara Mae. Look how sweet.” She’d ooh and ah, feeling blessed to be alive, savoring the beauty of every new leaf, the mew of spring lambs, and the incessant chatter of nesting birds staking out their territory. Spring had filled Mama to the brim with happiness, even when the context of her life sought to forbid it. Spring had always intensified her hope, for new beginnings were stirring all around her. Spring spoke to change, to nurturing, to creativity, and to gratitude. It was her season. She had been born in late May and died in June just after her forty-ninth birthday.
Why Emma Jenkins’s life was cut so short was a mystery to the community of Cam’s Corner. She hadn’t been sick a day in her life. She’d been a sober woman, not one to smile often, and although she was generally soft-spoken, she had been known to have her say when need be. She had been quietly self-sufficient, relying on her garden and her skills as a seamstress to provide. Her neighbors perceived her as pious and proper, volunteering her time and offering charity as she saw fit. She owned a little plot of land and a modest house, had a few friends, her church, a husband of sorts, and a daughter.

My novels (Big House Dreams and Nine Bucks and Change), and a memoir (Tumor Me, The Story of My Firefighter), are available on Amazon.com.

Posted by Judith DeChesere-Boyle at 12:41 PM No comments: