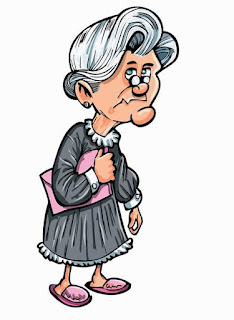 Leona Jean wasn’t sure of the exact date . . . the date it happened, but at some point along the line she became invisible. Oh, she still existed. She had a body that moved, a face that showed emotion, and a voice that made sound, but that didn’t appear to matter. She had transformed, it seemed, into an obscure, unseen entity, inconsequential to everyone - friend, family, or foe. And that reality was an awakening, indeed.
She was not undone by her essential elimination from the world of the living but it placed her in a quandary. She was perplexed and had no idea what to do about the fact that no one saw her. She was ninety-one now, older than the goddamned hills but she still breathed, she still had bodily functions and needs, and she still had feelings, though if the truth were known, she had stifled her emotions for quite a long time. It was safer that way. After all, who cared what an old woman thought, or felt for that matter. Weren’t her days numbered anyway?
Essentially having no one, Leona Jean began to sink into a world of her own making, one swathed in memories, some happy, some sad, and some horrid enough to still get her dander up if she thought about them long enough. Certainly, she had experienced love, from her late husband, her child, her parents, her pets – ah, the latter being her favorites because they had loved with unconditional fervor, never judging, always responsive, furry bundles of unadulterated affection. Oh my, there have been so many.
And she had felt sorrow, for dear Henry mostly, gone a decade now and the last person on Earth, it seemed, to recognize that she had counted for something. Sure do miss that old boy, bastard though he was sometimes. Henry had provided good things in his wife’s life in the form of stability, sweet kisses, raucous sex, and belly-quivering laughter.
Quite to the contrary, however, were a few rotten folks who had infected her life. Though the betrayers, the liars, the leeches, and the bums were only remotely sprinkled throughout, they were difficult to forget, some stubbornly and sporadically rearing their ugly heads as if only to mock her. If Leona were to put a finger on the people she most vividly recalled, each with stomach-churning ire, it was the betrayers, warped, self-centered dunderheads who considered only themselves. Prime examples, that would not give her peace, were Leona’s philandering, first husband, the ungrateful, self-indulgent daughter who had forgotten her mother’s nurturing care, and a deceitful employee, the embezzler, remorseless and cruel. This malicious trifecta actually gave Leona pause. I surely was invisible to them even then.Why, she wondered, would someone purposefully carve a wound in her soul? What kind of person would do that? She could only ponder.
It’s of no consequence, is it? I’m safe now, forgotten by all of them, a disregarded memory, most likely, as if I never existed at all. And perhaps that is how it should be, especially for someone like me . . . for I have become invisible. No one can see. 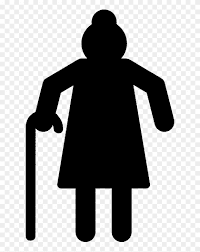 Posted by Judith DeChesere-Boyle at 2:55 PM No comments: