As I often do in the early morning, I sit at my computer, select “New Blank Document” and begin writing. Sometimes I simply select a name, I may envision a scene, or I might consider a particular emotion. With that done, I write. Today I began with a beautiful, old-fashioned name, Hannah.  I was not sure where this piece would take me, but below is the result.

Hannah was awakened early, not by a sound, but by a presence. She shivered under a light blanket and pulled it more tightly around her. It was still quite dark, but a hint of muted, morning light played at the corners of the window shade, promising a new day. She glanced at the clock: 4:44.
“Hi,” she whispered. I know you are here.
It was a satisfying moment, for it was her husband, Will, who, in her mind, was paying a visit. I’m okay, but I miss you so much.
Will had left her in December, two days before a new year. It was as though he had set her free to begin again, only this time, alone. She had not been ready, and she remembered.
He had been sitting in his favorite chair staring peacefully at a welcome fire that crackled and sparked in the ancient fireplace. In one hand he had held a small glass of port, and in the other, a book of poems, his. Writing had been a salve for Will for many years. Away from the daily grind of an assembly line existence, each day he wrote in his diaries. Composing was as necessary as breathing, the act of wordplay soothing his soul. That unforgettable night, he had been seemingly content musing over his verses, his sweet wife by his side, with not a care in the world. Hannah had been not six feet away silently watching him, a skein of yarn bobbing on the floor as she tugged and wound the thread into a loose ball. And suddenly it had happened. Stirring slightly, he had glanced up at her fleetingly before tilting the glass of port into his lap. As the liquid poured out like a miniature waterfall, he had dropped the glass, and it shattered to the floor. Will’s hands had fallen open then, his diary sliding away, and he had slumped forward as if in prayer.
“Will!” Hannah had gasped.
He had not replied of course, for in that instant, he was dead.
A year had gone by, but the shock and devastation resulting from his passing lived on stubbornly. Thoughts of Will filled Hannah’s mind the first thing every morning and accompanied her to bed each night. During the day, like clockwork, when memories of him pressed at her heart she would note the time. She began to expect it. More often than not, the clock read: 1:11, 2:22, 3:33, 4:44, or 5:55. It was uncanny, a strange reoccurrence that she welcomed like a friend, and each time, she would whisper in a breathless voice, “Ah, Will.” I know you’re here. I miss you so much. 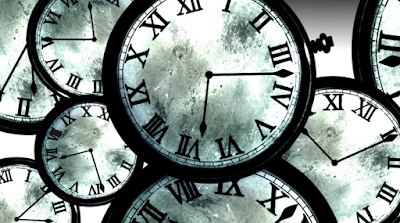 Posted by Judith DeChesere-Boyle at 2:23 PM No comments: 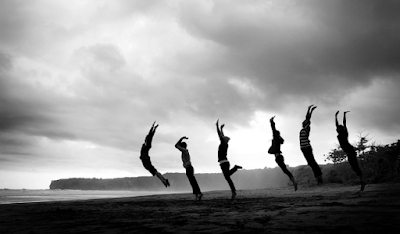 History was made last night when Hillary Clinton, the presumptive Democratic nominee for the presidency of the United States, claimed an unprecedented victory. I am excited for her and for women in this country. It’s a huge step forward. After all, it was less than one hundred years ago that women finally were granted the right to vote with the passage of the Nineteenth Amendment to the Constitution. Hillary made it a point to applaud the suffragettes who bravely began the movement by marching in Seneca Falls, New York more than a century and a half ago. They stood up for their rights and for what was right. They made a difference.
I realize that not everyone is a Hillary Clinton supporter politically, but one surely must appreciate what she has accomplished through tenacity and sheer grit. She has cracked the proverbial “glass ceiling” and I would hope all women are able to appreciate that feat. The very fact that she is the first woman to become the nominee of a major political party in the United States is inspiring, to say the least, and, I believe, will open doors for women in multiple aspects of their lives. A simple example of this is that perhaps, at last, women in all types of businesses will receive equal pay for equal work. It’s time.
One need not be in the limelight to be a strong woman; the world is full of them. I’ll speak for myself. I put myself through college and earned AA, BA, and MA degrees along with two teaching credentials. I spent twenty-seven years teaching high school, raised a family, made mistakes, suffered loss, and carried on. Now I am an author, having written three novels and a memoir. And I’m not finished yet!
When I look around at women I know - teachers, administrators, firefighters, real estate professionals, sportscasters, artists, and writers – I want to stand up and applaud. They are amazing. Yet, we all can use role models if only as reminders of our inner strengths. Certainly our daughters can use mentors or role models to emulate, inspire, and admire.
I was compelled to write this morning after yesterday’s historic victory for a very strong woman named Hillary Clinton. It made me consider the notion that today, of all days, women everywhere should stop for a moment, take stock, celebrate a bit, and say, “You go, girl!” 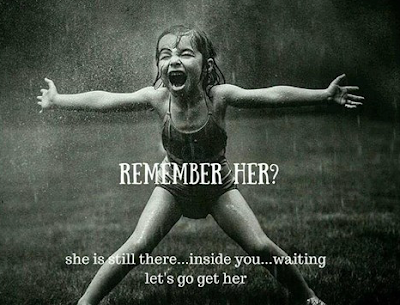 I feel lucky that my husband, Rick, and I live in a relatively small town and in a neighborhood that is filled with lovely homes and friendly people. We walk every day, usually three miles, with our two German shepherds, Hallie and Jake. (And we remember Rudy, our handsome, chocolate lab, who died in December of lymphoma, but I shouldn’t digress. It’s amazing how many acquaintances have inquired about sweet Rudy. “What happened to your other dog?” they ask, and like, we, are saddened when they hear the story.)
The fact is, though, that we walk. It is routine and while I realize that some folks would view our habit as mundane, it works for us. It gives us a chance to chat, bond with our pups, and appreciate our surroundings. In recent days, however, I’ve realized our daily walks have given us more.
We have been following basically the same route for years now and have become acquainted with many people, old, young, and in between. We look forward to it. We’ve met Jim, the firefighter, and Peggy, his wife. We know their kids. We admire Gloria, Dan, and Chris, all plugging away to make their community gardens grow. We frequently interact with Megan, the dog walker, and with countless owners of other dogs with names such as Abby, Odie, Jamie, Addy, Sophie, Thor, Blaze, Baxter, Tank, Freddy, Hunter, and more. Yes, we know the dogs by name. Often we see my teacher friends, Darryl with his wife, or Mady with her husband, or from time to time past Casa Grande High School colleagues, Debbie and Brett. We know Lori, Lisa, Frank, Steve, Margo, and David by name now and look forward to a word or two. It’s always a pleasure to meet up with Craig and Ivana or to stop and catch up on the latest with Sylvie or Tony, old friends.
Several months ago, we met a most charming and friendly woman named Marella. She was walking with her little, brown dog, Jamie. For some reason the moment we said, “Hello,” we struck an instant rapport. Maybe it was because she met our puppy, Jake on his first walk. Maybe it was because she simply liked German shepherds. Maybe she welcomed another couple of friends. Maybe it was just because.
“My son had a dog named Jake,” she told us. From then on, she would make it a point to check in with us, often waving from a distance or waiting for us to catch up. Marella was always smiling, always upbeat, and always a joy. She had no idea that she impacted our lives, and perhaps we didn’t know either until we received the news.
On Memorial Day 2016 as we strolled by Thompson Creek, Gloria, who generally lights up any day, ran toward us. “I have to tell you something,” she said seriously.
Catching her breath, she gave us the news, “Marella has left us.”
“What?” we inquired in unison.
“She died yesterday. Her son found her mid-day.”
“Oh my God.” I began to cry.
Gloria hugged us, we absorbed every detail of events from the evening before Marella passed, and then we gloomily parted ways. We found out Marella had terminal cancer; no one, I suspect, acquaintance or stranger, would have known because her joy of life took precedence. We never had a clue and she clearly was not about to dump her hardships on others. Amazing. This sweet lady, who was so friendly, died alone in her bed at home with only little Jamie, her loyal canine, by her side.
Marella’s friends are planning a small memorial beside the creek and we will be there along with countless other neighbors and Marella’s sons whose grief must be tremendous. Jamie, her little, brown dog will be there too.
If there is a point to be made here, it is that people we meet do harbor secrets and often alter our lives. Sometimes simply a “Good Morning” and a smile is enough to change one’s day. It’s something to remember. Marella likely never would have understood that the news of her death, so suddenly, so shockingly, saddened us. It humbled our day. It’s true, we take so much for granted (trite, I know), but Marella is a reminder. We simply assumed we'd see her again tugging Jamie along the next day; we’d exchange greetings, and part with, “Have a great day!” just as we always did. We were mistaken. We will miss this lovely woman. We already do. Rest in peace, Marella. We won’t soon forget you.

Posted by Judith DeChesere-Boyle at 3:15 PM No comments: