Recent events of violence that have left families struggling to understand, “Why my child?” prompted me to write a poem. Every time a deranged person goes berserk I am reminded of the fragility of life. Both Mothers and Fathers feel the pain of losing a child, I know, but this poem is for the sisterhood. As a mother, I wanted to reach out to those moms who are grieving anew and still.

Years before
You stood tall,
Proud,
Productive,
Prepared,
Just like the others.

You’re gone now,
Others too, 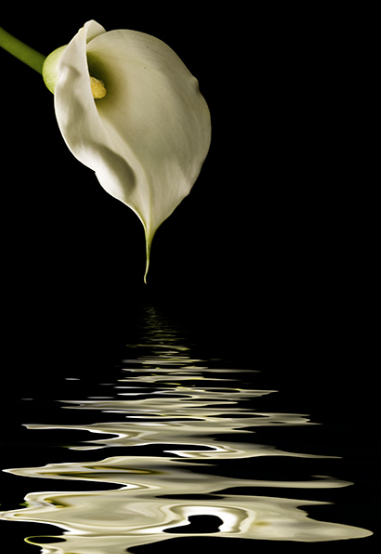 Leaving us,
Alone,
And together,
In the sisterhood --
Mothers without a son,
Or daughter,
Our babes born
And buried,
The hands of fate
Wringing.

Year one
Begins
Without you
You are honored,
Celebrated,
Loved.
“Why the fuss?”
I sense your spirit,
Smiling secretly.

Year one
Ends.
Sweet sisters share,
Too many to count,
Losers all.
Sad stories,
Hidden in their hearts,
Bubble anew,
As fresh as yesterday.

Without you
Once more.
Another day dawns.
“Get over it!”
Some say.
“Not easy,”
I counter.
The sisters know.

Years before
I stood aside,
Watching,
Waiting,
Wondering,
Just like the others.

But you’re gone now,
Others too,
Leaving me,
Leaving us,
Alone,
And together,
In the sisterhood --
Mothers without a son,
Or daughter,
Our babes buried,
The decree of destiny
Resonating.

In years to come
Where will we sisters be?
Managing?
Marker counting?
Making do?
The sisterhood stands by,
Together and apart,
While time, fickle and capricious,
Elapses enough to ease
an angst that will not ever let go.
By Judith DeChesere-Boyle, May 2014

Posted by Judith DeChesere-Boyle at 4:24 PM No comments:

A Day To Remember

We miss you, Alex,
every minute of every day.
We miss your smile,
your laughter,
your love of life,
and your amazing spirit.
You live on in our hearts
and will do so forever.

Remembering with love,
Mom, Rick, Justin, your family, and your friends. 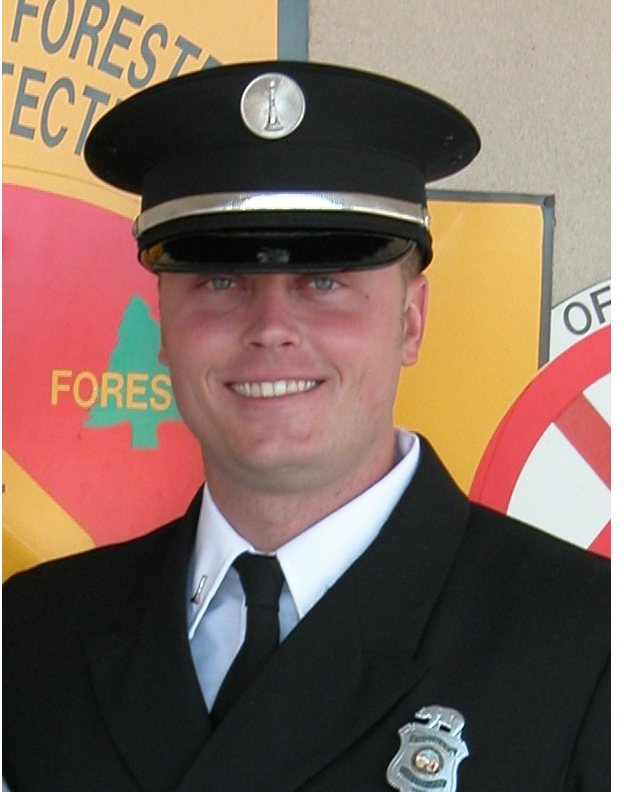 Posted by Judith DeChesere-Boyle at 6:49 AM No comments:

Remembering Alex in the early morning  -- May 23, 2014
A little poem of love by Judith DeChesere-Boyle 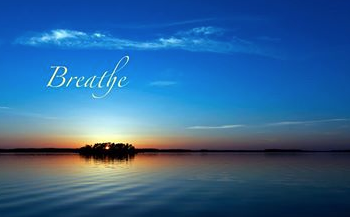 Posted by Judith DeChesere-Boyle at 8:26 AM No comments:

Do What You Love and Do It With Gusto

My young friend, Megan, is a runner. She also is a dog-walker, and does both with absolute focus and dedication. I see Megan every day with a dog, or two, or four in tow. She walks miles around our neighborhood taking pride in her job. Everyone knows her and respects her “dog whispering” gift. When the mutts are home again, she runs. A marathon is in her sights and she is training hard.

My friend, Alicia, does triathlons. How she does that, is a mystery to me, but she does, training with intensity and commitment that is awe-inspiring. Alicia doesn’t swim, bike, and run simply for her own fulfillment. She runs for causes, donating the money that is pledged to her to myriad organizations that fund cancer research or support firefighters who are struggling with profession-related diseases or other issues.

My friend, Tony, is a mail carrier . . . the best ever. His job is not always easy but one would never know that. He’s always smiling, delivering mail to the door if necessary and braving all kinds of weather. He even adores my dogs! He’s so dedicated to doing his job well that he was selected Service Person of the Year awhile back. He deserved it!

Those are three people I know who seem to make play out of work, and it shows in their faces, their smiles, their attitudes. When I was a teacher, I loved the “art” of teaching, though some other aspects of the profession were not so pleasant! Being immersed in a good lesson, however, when students were engaged and interacting was a joy. I’m no longer in that world, though. Instead, I happily am involved in writing. It is sheer “play” for me. I can get lost for hours in the process.

With that in mind, I recall a book my son, Alex, gave me a few years ago. It’s entitled Flow, written by Mihaly Csikszentmihalyi and is about the ability for one to become so absorbed in a task and concentrate to such a degree that one actually gets lost in the enjoyment of it. I’ve had that experience with writing, with pulling weeds, and even cleaning the house. Has anyone else had that experience? It makes sense that delving into any activity with intention and commitment is the way to go. It helps emotions settle, problems fall away, and all is well. So, don’t work today. Play. 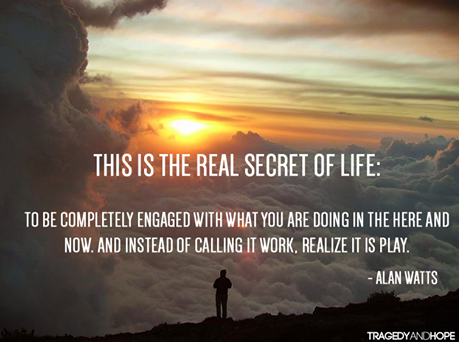 Posted by Judith DeChesere-Boyle at 6:17 AM No comments:

Inspired By A Quote

Writing is a peculiar process. I am drawn to it like a bee to honey. I can’t seem to get enough. I love the creativity of inventing characters, describing scenes, imagining dialogue. The following short dialogue was inspired by the quote at the bottom of the page. I’m afraid it’s a little depressing.

“You don’t have to live this way,” Catherine told her. “You deserve better.”
“I’m caught. Stuck.” Stacey’s chin sank into her palm, her eyes perused the tile floor as if it held answers, and she sighed, a long, sad sound like a whisper.
“No. You have a choice.” Catherine had honed in on Stacey like a bird of prey. Her intention was not to hurt, however. Hurt would come though, one way or the other for her friend, she was afraid.
“It’s not that easy,” Stacey countered. “I don’t have family nearby -- just him, if you can call Jim ‘family’ these days. I have kids, a dog, no job. I can’t just pack up and move to the streets.”
“Maybe it’s not easy,” Catherine acquiesced, “but you’re hurting. You have been for a long time. You can hurt where you are until it’s too late, or you can trudge through to the other side no matter how hard it is.”
“I don’t think I have it in me. God, Catherine. Jim and me -- we’ve been together since high school, breathing the same air, having kids, loving, arguing, hating, and making up again.”
“You’re stronger than you think,” Catherine offered.
“No. I’m not. I’m like a hamster in a cage, just running and running, keeping that wheel turning and turning. Nothing will ever change,” Stacey said, defeated.
“Get off that wheel, Stacey. Get off while you can,” Catherine tried, but to no avail.
Catherine knew she was finished and most likely Stacey was too. 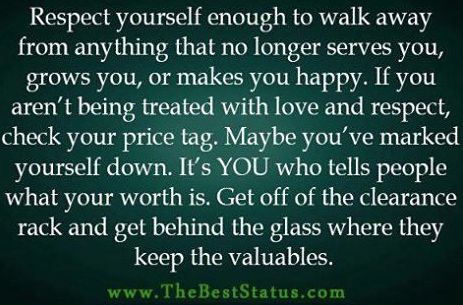 Posted by Judith DeChesere-Boyle at 9:10 AM No comments:

It was a dark and stormy night. No, it wasn’t. The sky was black, the stars absent from sight, and the moon obscured by dense fog. Not one modicum of light was visible to the man who stood alone at his window, wondering.

He was tall, dark, and handsome. No, he wasn’t. He was pleasant enough though, with thick, shaggy, ochre-colored hair brushing the collar of his blue, denim shirt still covered with a layer of dust. He had plowed his fields that day, and as he had done so, he had thought of her.

She was a vision in blue. No, she wasn’t. She was short, slightly plump, with wide braids that hung down almost to her waist. They lay on her broad breasts like thick ropes, the ends of which unraveled into smooth, glossy strands like wet, corn silk.

Her smile caught his eye. No, it didn’t. Though her grin was genuine, and her demeanor a bit flirtatious, it was her eyes that held him. They were deep, sapphire blue, the color of the California sky in mid-summer. Laughter lived there. He could see.

She carried her happiness like a song. No, she didn’t. Life had not been easy for her, yet she was not sad. Perhaps she was a bit resigned to an existence that offered little glamour combined with a miserable memory or two that threatened to pull her into cruel clutches like quicksand. She was resilient though, and strong. Her contentment was a choice.

She had a good head on her shoulders. No she didn’t. Yes. At times she did. That man, she thought, remembering -- dusty hair, sleepy eyes, a quick smile. Dimples. I’ll seek him out tomorrow. She stood alone at her window, staring at the midnight sky, wondering. 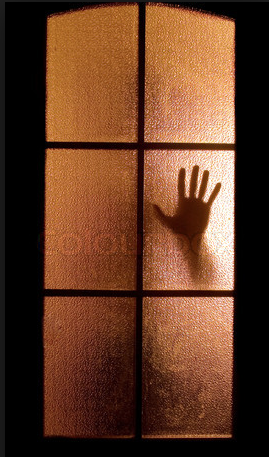 Posted by Judith DeChesere-Boyle at 1:10 PM No comments: