Developing a Character from Scratch!

Stacy woke up feeling disheartened and sad.
“I’m never depressed,” she thought. “What’s up with this?”
She hadn’t slept well, so perhaps that contributed to her malaise, but beyond being tired she felt hollow and empty, as though a bit of her very being had been sucked away somewhere. She stayed in bed for minutes, closing her eyes to the intrusive, morning sunlight that unwelcomingly crept around the edges of the window shade brightening the room.
Generally Stacy was raring to go at the break of dawn. She welcomed the sun. Not today.
“I just want sleep,” she mumbled to no one. Myriad, invasive musings prevented her wish, however. Thoughts tumbled, barreling down on one another, an avalanche with no sign of stopping: work, friends, foes, parents, prejudices, tasks, inconsistencies, disasters, loss, self-image, an argument, a crime, a dog, and more than a few judgments. On and on random reflections rolled through. She could not stop the onslaught and was annoyed.
“I just want sleep,” she muttered again, squeezing her lids tightly and focusing on amoeboid shapes and flairs of mute colors dancing in the space captured there. She became aware of the tenseness of her body, her hands fisted, teeth clinched, and her knees drawn up toward her chest. She had rolled to her side into a fetal position that mirrored her absolute sense of helplessness to thwart her current, bewildering state.
“Depression? Not for me,” she avowed quietly although several more minutes ticked by before she moved.
“Okay,” she finally sighed aloud. “This sucks. I hate how I feel right now. Screw it! I’m not giving in to this shit.”
That assertion brought her to a sitting position. She kicked away the quilt and blanket, shoved her sheets aside, and stood so abruptly she felt slightly dizzy. She wandered slowly into the bathroom and stared at her insipid face in the mirror. She forced a smile.
“Pretty silly,” she admonished herself before smiling again. The smile itself made her feel better though . . . and lucky. “Not all people can push depression aside,” she acknowledged. “Guess I’m fortunate. For me, it all comes down to my ability to find perspective.”

I know dealing with depression is not easy for many, many people, so this is not meant to be “flip”. I just began with the first line on the page and then what followed, followed. I do that sometimes. It’s a writing exercise. My point, however, is that I hope this does not offend anyone who deals with depression daily. I see this character as someone who may come to a new understanding if I were to continue with this piece. For now, this is all – simply writing practice. 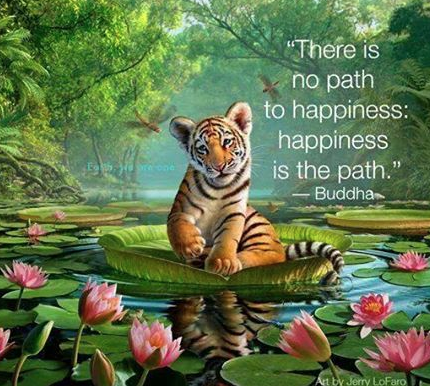 Posted by Judith DeChesere-Boyle at 5:08 PM No comments:

A friend asked me a few days ago about writing dialogue. “When do you start a new paragraph?” she asked.
“When the speaker changes, as a general rule,” I told her.
I thought I’d practice. Here’s a conversation in poem form between two people without names. 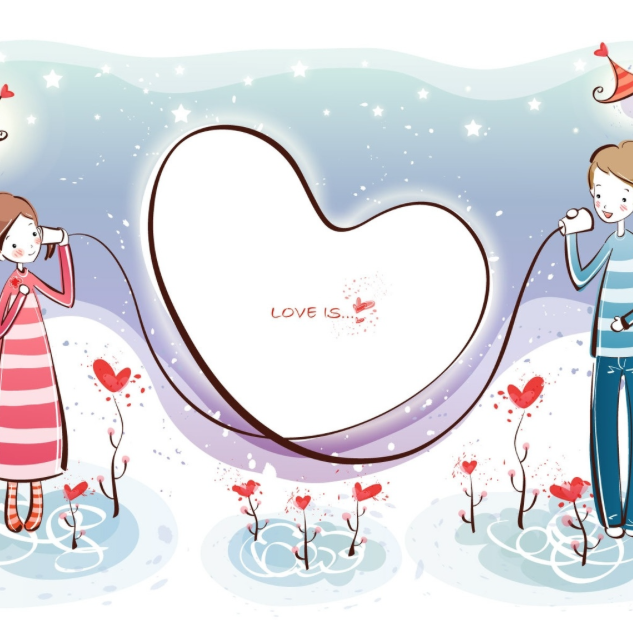 Posted by Judith DeChesere-Boyle at 7:59 AM No comments:

What Happens Along The Way

I found an old, old poem, took some time to revise a bit and here it is. Maybe it will “speak” to a few people, because it seems to me that what happens along the way can make all the difference.

For Some Of Us

I once was a butterfly
Fragile, fleeing,
Fearing.
I am not now.
Now,
Cat-like, curious,
Independent,
I know what I want.
I pounce. I patrol.
I sleep through storms,
Accept new adventures,
And face the future
With a feline disposition,
Fearing nothing. 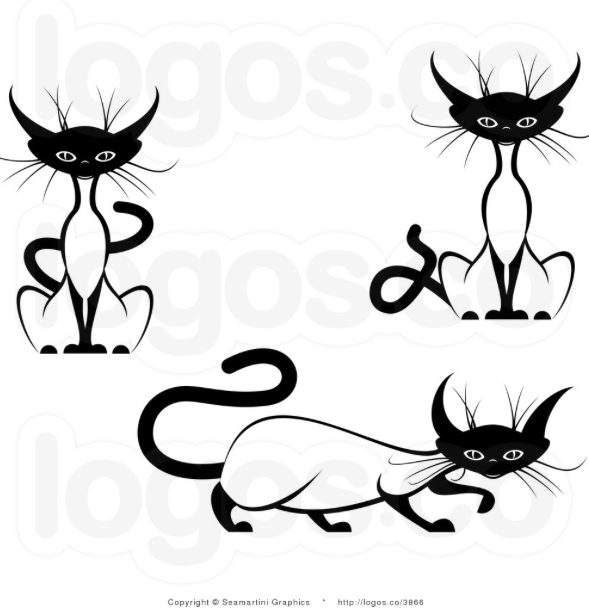 Posted by Judith DeChesere-Boyle at 4:26 PM No comments:

Like so many other people around the country and the world, I am reeling from the news of Robin Williams’ death. I literally gasped when I heard the Special Report on MSNBC. My initial reaction was to say, “Oh, what a loss.” In retrospect I see that as a somewhat selfish response but the truth is that it is a loss. I honestly can say that Robin Williams was one of my favorite actors/comedians ever. He has entertained us for so many years, not only with his outrageous and often spontaneous, comedic moments, but also with more serious roles. I loved him in Dead Poets Society, August Rush, and Good Will Hunting, for example. His talent, indeed his genius, was incredible, remarkable, unparalleled. The list of superlatives could go on and on. So, yes, we have lost someone who impacted our lives in ways perhaps he could not truly understand. His passing is my loss, our loss, but it’s not all about me or us.

How sad that residing beneath that façade, and behind all those characters and voices was a man who was tormented by fears and demons he likely did not even understand himself. I keep saying to myself, “If only, if only . . .” With all Robin Williams possessed in terms of wealth, friends, fans, and admirers, he must have felt very much alone at times and in my view, that is the most tragic aspect of his death. If only, someone had noticed his angst. If only someone had listened. If only, he had found the help he needed in time. If only . . . it’s an empty phrase.

Rest in Peace, Robin Williams. You will be missed. 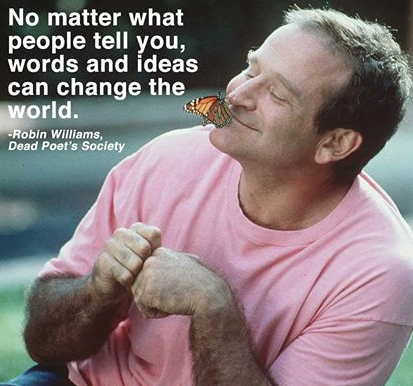 Posted by Judith DeChesere-Boyle at 8:06 AM No comments:

Is It A Backpack Issue?

I saw this post on FB the other day and while the photo is engaging in itself, the message is too. I’m a bit sentimental at times, I suppose, but this caught my eye and I began wondering (again) about this world we live in. It is filled with some amazing, loving, giving, creative, and talented people. Conversely, more than a few folks could use a little help getting in touch with their kinder side. (I’m hoping here that for all people one actually exists!)

We see it every day, don’t we? Some people are angry, hostile, and so full of rage that they must feel as though they have no other option than to dump their feelings of frustration and hostility out in inappropriate ways on everyone else. It’s a backpack issue, I think, for don’t we carry our experiences, good and bad, with us wherever we go? Maybe it’s time for some people to do some unpacking or rearranging. If certain individuals could sort through and throw away the negative “stuff” that’s crammed in their “backpacks”, their lives might be happier; maybe if they could take their minds off the heavy load on their backs, it would allow space for them to hear the beating of their hearts and with that, approach life with a different perspective. Perhaps it’s not that easy, but I like to think that seeing life with one’s heart is the way to go.

Everyone has had bad experiences, but we’ve had good ones too, I would hope. What if we take hold of some of the bad ones and really take a look? If we hold them long enough and really see, perhaps we can toss them to the wayside, and lighten the load. It will take heart to do it though. 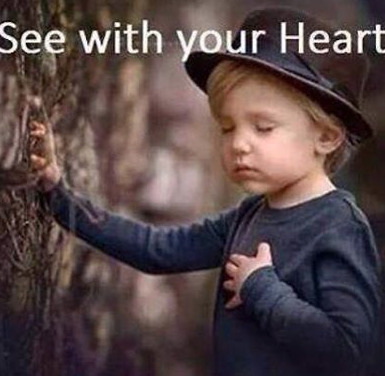 Posted by Judith DeChesere-Boyle at 12:47 PM No comments:

Stopping Off For A Blog

I’ve been writing quite a bit lately, but not for my blog as often as I should. I’m writing a new novel. I’ve written about 16,000 words so far and, I’m happy to say, it’s coming together. It’s different from anything else I’ve written. It very quickly has developed into something of a mystery and I’m not quite sure how that happened. Most of my writing occurs away from the computer though and often, it seems, my stories take command of themselves. I’m surprised at times myself as to what happens next!
My characters develop in my mind first and romp around there until I settle them down on paper. Generally I decide the “type” of person I want a character to be – evil, funny, depressed, arrogant, abused – and let their actions and words paint the picture. The way a character looks often is closely aligned to their personality. I enjoy creating descriptions of my characters. Here’s an example:
Melody was a plain, young woman, whose round eyes, round face, and out-of-date, poufy, pageboy haircut reminded Midge of a female version of the Pillsbury doughboy. The only defining features in her unremarkable face were deep dimples that were fixed in her pale cheeks as though they had been stamped in place there. Midge was torn between wanting to hug her or punch her in the belly. And who had named her Melody? The name simply didn’t fit; she was a tense and melancholy figure most days, rolling her head to the side and gazing glumly into the space before her as though searching for answers to questions she quite likely never could have articulated. One could have assumed that a person called Melody might have grown into such a pretty name and worn it like a song, but instead, she was the antithesis of it: moody, sullen, and sad.

None of my fictional characters are real people. However, I do observe people all the time. I look at the way they dress, at their demeanor, and I listen to their conversations, their interactions with others. People make me wonder. “Is he homeless? What is her profession? Why is she so glum? Is she ill, tired, or angry? How many colors can one person’s hair be? Does he know his aqua eyes are mesmerizing? Does she always use such vulgar language?” Those are typical of the questions I ask myself about people I don’t even know. I take the liberty then to create an imaginary persona and file it away for future use. My son, Justin, tells me I’m a nerd because he knows I’m very content sitting in front of my computer filling pages with words. He’s probably correct, but I think most people who know me would be hard-put to believe it. Maybe I need to put myself in a book someday.

Posted by Judith DeChesere-Boyle at 3:31 PM No comments:

Venting A Bit About The Big “C”

I wish I knew some tangible way to kick cancer’s butt. I’ve had too many random reports lately that the big “C” is out there playing havoc with people’s lives, with the lives of folks I know, like, and admire. Cancer’s unpredictable madness sent my world out of orbit for much too long, and though I am managing, my life is not completely back on a normal axis yet. It will take time. I’m not alone. Too many of my friends have lost their children, their mates, and their family members. For parents, especially, the pain of loss cuts so deeply we are left breathless. In my view, cancer, simply put, isn’t fair, but cancer doesn’t care. If I were a magician – poof! This devastating disease would be gone forever. Someone posted on Facebook today that it is World Cancer Day. Whether it is or not really doesn’t matter, for every day those who are struggling with this indiscriminate illness deserve our love, kindness, and compassion. They deserve for us to retain our hope, to slather them with affection and consideration, to give to causes that support cancer research, and most importantly not to ignore or forget. 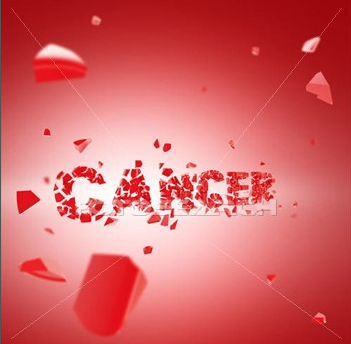 Posted by Judith DeChesere-Boyle at 4:50 PM No comments: