I Can’t Feel My Heart 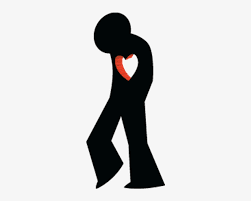 I have had this quotation - “I can’t feel my heart.” -  scrawled on a post-it note, pasted to my desk beneath my computer for a very long time. I keep going back to it. The words were spoken by a child, and I doubt many folks could find a better way to describe absolute angst and complete anguish over being treated unfairly. It is likely the words were not spoken in English; more likely they were uttered through tears in Spanish. The child? I don’t know.

Where this little urchin is now is a mystery. He could be anywhere – with strangers, alone still, incarcerated in a facility, with an unfamiliar family member, or hopefully with Mama or Papa at last. His plaintive words were overheard at a border detention center some years ago . . . and they have stuck with me. My upbringing probably plays a role.

I grew up in a home whose parents sought religion as a refuge. When a Southern Baptist mother and a Roman Catholic father meet and marry, well, one can imagine the result. It was a bit confusing. My brother and I followed orders and attended Severns Valley Baptist Church when we were instructed to do so. The result of our religious background caused two uncertain young adults to choose different spiritual paths – he to follow the beliefs of another religion, and me to no religion at all other than a silent, reverent, spiritual bent that charges that I do no intentional harm to myself or anyone one else who crosses my path. And that notion brings me back to the sad child who could not feel his heart.

When I recall “religion”, two brief phrases always have stuck with me, probably because my mother touted them over and over. The first, “Be ye kind.” The second was “Do unto others as you would have done unto to you.” It’s pretty basic actually. I believed those words then and I do now. I don’t have to attend church or be a part of an organized religion to know that my mother was correct. So, who in some random part of our country, had the right to be so unkind, to cause a little kid to cry out, “I can’t feel my heart.”? And more to the point, why?

I sound naïve, I suppose, but as I have watched recent events play out on the news, incidents that surely have perpetuated pain and uncertainty among fellow human beings - children and adults - I have thought back on those words, “I can’t feel my heart.” I realize that the need some individuals have for power and control plays into tragic scenarios that occur in our world over and over again. How I wish I could change the thinking of a few people. I can’t though. That is a fact.

What I can do, is my tiny part. Compassion, respect, and kindness are fundamental it seems to me, but clearly others think differently. It’s a shame, really, because why on God’s Earth would anyone want to make a child sad enough to say his heart hurts, or that he can't feel it at all? 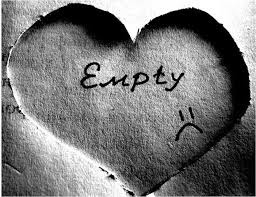 Posted by Judith DeChesere-Boyle at 4:06 PM