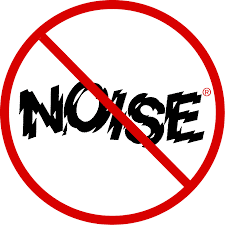 /noiz/ a sound, especially one that is loud or unpleasant or that causes disturbance

I am compelled to write about noise today. The house on the hill just beyond our property has been undergoing renovation for the past year - the whole, past damned year. Every day, we are subjected to hammering, jackhammering, sawing, generators roaring, tractors rumbling, trees being chain sawed down, and woodchippers chopping the wood into pulp. That’s not to mention the deafening sound of myriad heavy items being tossed into huge metal trash containers day, after day, after day. Kaboom!

Oh, and the music. If one doesn’t like country, she’s out of luck. And the fact of the matter is, I do like country music – some of it – but not so loud the band may as well be parked in my living room. I’ve already offered my two cents to the workers about that one. “Hey,” I yelled over the fence the first week they were working. “Enough already. Turn the  music down. Play it but keep it at a respectable volume for heaven’s sake!” (No, I did not curse, and I did not flip off one single soul although I thought about it.)

I have a headache. I tried to read for a bit this afternoon but couldn’t concentrate . . . and the book I am reading is Violeta by Isabel Allende, one my favorite writers who generally pulls me in at the first word. Every time I latched onto a sentence today though and began following the author’s drift, I heard another racket. I don’t generally become upset about minor inconveniences, but this is just too much. So, I decided to write about it . . . not that writing will do any good other than to let me vent without taking my frustration out on the workers who, despite their noisiness are just doing their jobs.

The folks who bought the house behind us paid $1.73 million dollars for a house they’ve had gutted and are virtually rebuilding from the shell up. They’ll have a least another million into the project, I am sure. And that’s fine. I hope when the little family settles in at some time in the distant future they’ll be decent neighbors. Right now, however, I have my doubts.

I’m generally a quiet person, an introvert, a reader, and a writer, who enjoys alone time, who is willing to tolerate the normal, ambient sounds of the household. Nothing more. Unless I am in a place that is appropriately noisy, such as a Warriors game or Giants game, I prefer the sound of silence. Loud voices, blaring televisions, uproarious events have a place I suppose, but I can do without them. But that’s just me.

While I was writing this piece, the noise next door quieted for a time. “Maybe I can fit in a short power nap,” I thought briefly. No luck, the machinery is at full volume again. My ears hurt.

I am well aware that excessive noise can result in anxiety, irritability, distress, and exhaustion. It’s a fact because I have felt those emotions this afternoon. And you know what? Nobody cares. The workers don’t, the owners don’t, and my readers probably don’t either, unless of course, they can relate. With this final rant then, I will stop complaining.

Time to fight fire with fire. I’m going to crank up the weed blower and blow down the driveway. Maybe. Or I’ll take a drive. Or hit something – just kidding! I do have a sense of control but thank goodness for writing. It’s a life saver, perhaps for more than only me. 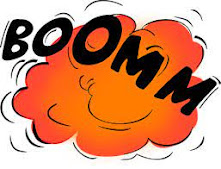 Posted by Judith DeChesere-Boyle at 3:17 PM