Your Opinion? Is Anyone Listening Anyway? 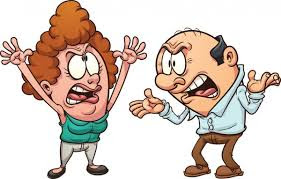 This age - “Hey, what about my opinion?” - is a bit overwhelming at times, especially when points of view are splattered all over social media at breakneck speed. I am exhausted by it all – thus this piece.

It took a long time, but Marjorie finally became mute. For years she had blabbered on about what she thought. The topic at hand didn’t matter, the subject matter really was unimportant, and the person to whom she was speaking was the least of her worries. No matter what, she always had something superfluous to add to any conversation, even when she wasn’t invited into the verbal exchange. If a dialogue caught her ear, even when she didn’t know one iota about the subject at hand, even when she made things up, even when she flat-out lied, she would butt in just to hear the sound of her own voice and to bask in momentary glory that her words counted for something. Marjorie spoke up, interrupted, and disrupted, posing views that often had no basis in fact or experience, but rather were conjured notions she spouted out for one simple reason - she loved the resonance of her own pronouncements filling the air. And she puffed with importance when she thought her ideas garnered a bit of attention – positive or negative.

Actually, an individual’s agreement was all right, but disagreements were better; they stoked Marjorie’s enthusiasm for confrontation, her lust for altercations (frivolous or otherwise), and her inbred need for conflict. Disagreements of any kind fueled the very essence of who she was - and verbal clashes became an outlet for anger and hostility that had lain solid as a stone in her gut her whole life. The latter - rage and resentment - combined with a dismaying, amorphous sense of insecurity and self-doubt that she could never acknowledge existed, took its toll both on Marjorie and the poor souls who became entangled in her web of harsh, hateful ranting; her ridiculous need to instigate discord through a war of words was her weaponry of choice.

That was all true until, at the age of seventy-six everything changed . . . slowly at first, in the forgetting of simple words, in the inability to follow directions, in the desire to stay home, and in the silent truth that other people frightened her. The interactions that, in the past, had energized her by stimulating her brain and challenging her logic, and the verbal exchanges that had breathed life into her very being, in short, painful, incremental passages of time became foreign to her. Distant memories remained, but when they appeared in her mind when she least expected it, she was, more often than not, horrified. Who was that woman? Who is she? Red-faced and snarling, with a mouth contorted in an ugly sneer, the woman shook her finger in the face of another, the exchange of spittle their only connection. Who is she? But Marjorie knew, and she was embarrassed; she was distraught; she was undone. And so, she became mute. It was a fateful choice, one that would see her through her final, tormented days when words hovered like shiny crystals in a brain that could not latch on to even one. Not one. 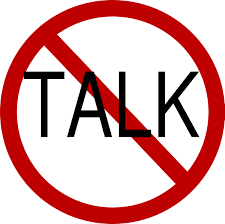 Posted by Judith DeChesere-Boyle at 3:08 PM