The Blog Is Back In Action 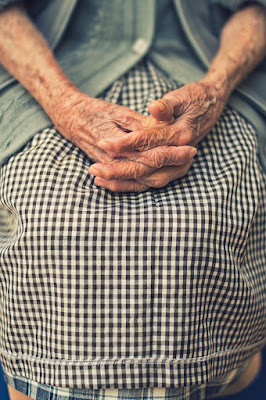 I have neglected my blog for a good, long time. The reason for such a hiatus is simple: I have been wrapped up in completing my new novel that should be available on Amazon and Kindle soon.
The novel is about old folks. Really?While that subject matter may not sound super exciting, I believe the book offers more than an insight into wrinkles, sour smells, pain pills, grouchiness, incontinence, forgetfulness, misery, memories, and apprehension; it provides much more, and for good reason: history, a chronicled past counts.
Isn’t it so, that most people don’t give a second thought about their grandparents, the old fart in the house on the corner, the elderly woman huffing behind a walker, or the ancient who sits in the park eying whatever his weepy pupils can see? Don’t those who are in the throes of careers, college, love connections, and children wear blinders toward anyone over sixty-five? Oh, I am sure some will disagree: I love my nana; my grandpa is the best; the greeter at Wal-Mart makes me laugh, and what about old Doc Turner at the clinic downtown? He’s still kicking ass. We see them; we may even know them, but truly - be honest now - how much do we care?
In general, our society tends to put old people in their place(s) – convalescent homes, hospital rooms, back bedrooms, kitchen tables, residential communities, or simply the old, soft corner of the living room sofa. We provide chilled, old bodies with blanket throws, diapers, tattered paperbacks, a spot of tea, or a dram of whiskey. That shit will keep them content, won’t it?We leave the elderly alone to read the big print, to doze between memories, to watch television shows that shock or bore, or, when all else fails, to stare at nothing until rheumy eyes blur. To stop and check in, to manage a word, to touch a hand, to offer a hug takes too damned much energy. Doesn’t it?
I’ve been considering the notion of aging for some time . . . and thus the novel about seventy, eighty, and ninety-year-olds, all of whom are as alive, whether one wants to accept it or not, as the curly-haired kid down the block, the slick-haired, city, investment banker, or the harried, young mother of three. The old fellow may not move as quickly, but the old heart ticks away. He, like so many others like him, have lived lives, have had experiences many youngsters cannot imagine, have made mistakes, have cried real tears, and have relished sheer joy. The elderly - cherished or otherwise - have stories to tell, lessons to impart, and histories that must not be ignored.
My book, then, entitled For The Love Of Grace, attempts to acknowledge just that. Here’s how the story begins:

If it had been up to Grace she might have thrown in the proverbial, damned towel years before, but she evidentially had not been afforded rights to final jurisdiction as to when the end might come, even though she possessed a very heady mind of her own; as a result, here she was, carrying on as if, indeed, there was a tomorrow. It’s not that she hadn’t considered the notion that the prerogative of ending it all, right then and there, was hers for the taking, but she had thought better of it. It would leave a mess. And, besides, she had never lusted for dubious attention. As a matter of fact, if the truth were known, the mere thought of such an impulse sent her mind reeling. For lost in a sea of memories, was a rather sordid chapter that she just as soon would have forgotten entirely if she could have. Unfortunately, with untimely, aggravating regularity recollection of the incident weaseled its way into her consciousness. That annoyance never had sat well, but what could she do? She could only visualize what had happened and then pack the memory away with all the others - and there was a litany of them - until next time.
And now, here she was, eighty-eight and counting; eighty-eight and reminiscing; eighty-eight and regretting, grieving, and often enough, rejoicing or savoring the many morsels of her life. A non-stop scramble of thoughts, reflections, and considerations swirled like a dervish around in her weary mind. And though at times she grew tired of remembering, it gave her something to do. She had to wonder though. How in the devil did I come this far? And furthermore, for God’s sake, what’s apt to happen next?

My hope is, that when For The Love Of Graceis available, readers will check it out . . . and enjoy. What do you think?

Posted by Judith DeChesere-Boyle at 11:52 AM